004 Grains from Gutteridge – The Most High and the Elohim

Show Notes for Grains from Gutteridge 004: The Most High and the Elohim (a message by Pastor Percy Gutteridge) 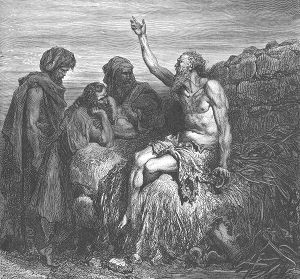 Job and His Comforters (woodcut by Gustav Doré)

Background to the Book of Job

Qualifying to rule with Jesus

Other free audio messages by Pastor Gutteridge are available on an audio directory on his Finest of the Wheat page, while a growing collection of his books and pamphlets, and message transcriptions, is available on a similar directory on the same page.

We thank Fellowship member Brian Fettes for providing the digitization of the original cassette tape through the services of Audioanalogy Musicworks of Canada.