Tale of the Tangled Translator

From My 2012 Costa Rica Journal 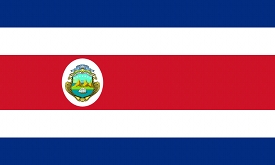 Have you ever been so caught up in what God gave you to do that you almost missed what He was doing? Especially when what He was doing was right under your nose? I came close to falling into that trap on this fine Sunday morning. Aviso (Notice/Warning): My story may look like it’s developing into a finger-pointing criticism, but bear with me to the end and see (like I did) what God was really up to.

Ostensibly, my assignment was to preach at Iglesia Centro Misionero (Central Missionary Church), a congregation of several hundred on the edge of the very poor, violent, and crime-ridden Los Guido section of San José, Costa Rica. Many church members come from Los Guido backgrounds – gang members, drug dealers, pimps, and prostitutes (just the kind of people with whom Jesus was accused of “slumming” during His earthly ministry). The testimonies of God’s work in their lives are spell-binding.

I was certain (still am!) that the Lord had made the focus of this morning’s message very clear to me. He even impressed the passage on my heart several evenings ago. (I scribbled it on a pad of paper, in the dark so as not to disturb my roommate.) And I had been told that as my translator, I would have a young man who teaches English for a living. That young man’s name is Luis Diego, and he skillfully translated for Darrell and Mark and me in the privacy of the pastor’s office before the meeting began. I was muy contento (very satisfied) with the young man’s abilities. A skilled translator makes bridging the language barrier so much easier…

…but get teamed up with an untested translator of lesser skill, and you wind up with your own personal re-enactment of the Tower of Babel in real time before a live audience. (Trust me on this one. As of today, I write from sober experience.) At the very last minute, Pastor Jorge Fernández-Vargas pulled a switch and assigned as my translator one of my new Costa Rican friends, a pastor named Arnoldo. From numerous interactions with Arnoldo during last week’s pastors’ conference, this switch surprised me, because, while Arnoldo’s English seemed to be “good enough to get by” (certainly better than my Spanish!), it wasn’t even close to the antiphonal synergy required by the situation. (Admittedly, I’ve been spoiled by my favorite Spanish translators – Pastora Lilian de Chávez and Dr. Gladys de Chávez in Guatemala, and Jimmy Fernández-Arroyo here in Costa Rica.)

The message-translation delivery started out a bit bumpily and slowly deteriorated from there. Sometimes I would have to repeat a thing two or three times, simplifying, refining, paring down to the bare essential, sometimes scrubbing a phrase altogether and just moving on. Nothing excels the old cliché for describing the situation: “The message was lost in the translation.” Arnoldo was getting tangled mentally. Every mistake, every hesitation, every request for clarification reduced his confidence and increased his error rate and nervousness.

And then I realized – “The embodiment of my message is standing right next to me. His name is Arnoldo. This fellow isn’t nearly as fluent as he would love to be, has never translated before an audience (certainly not before an audience of several hundred listeners like this morning!), and HE HAS STAGE FRIGHT BIG TIME. In his mind, any hope he has of saving face was lost thirty minutes ago. He’s thrashing around like a drowning man going down for the third time.”

Now, I had been ministering from Acts 9 and Acts 22 about Ananias (Ananías) hearing God’s voice, and had covered (at least, I hope we did!) that hearing God's voice accurately, and acting on His leading, is a matter of growth, experiencing success and failure (like falling while learning to walk). As we grow in Christ and learn by succeeding and failing, we get better at hearing. But we don’t grow much without taking action and stepping out in faith.

As an aside, I was told later that Arnoldo was asked at the very last minute by Pastor Jorge to translate for me. Despite Arnoldo’s pleas for mercy, Pastor had been insistent (you’ll learn why in Part 2), so Arnoldo submitted and stepped out in faith, though feeling completely inadequate for the task.

I put my arm around Arnoldo, faced the congregation, and said, “My friend Arnoldo here is an illustration of learning to hear God’s voice.”

“You see how hard he is working and how difficult it is for him today.”

[Arnoldo translated without hesitation; this, at least, he clearly understood and felt with all his heart! Applause, the first during the sermon.]

I explained that translation was difficult and had many ups and downs. It was a learning process.

“Arnoldo is showing us what it means to succeed and fail in hearing and interpreting God’s voice. Though it’s hard at first, He keeps on trying.”

“In time, Arnoldo will be a very good translator, and it’s all because he took this first step today.”

“If you’re willing to take a chance that you have heard God’s voice, refuse to be discouraged when you miss His leading. Take another chance, obey what you hear; you will grow in the same way that Arnoldo is growing today.”

From the enthusiastic applause, it was clear the audience “got it.” At that point, Arnoldo’s morning was going way better than it had for the past hour.

I gathered the shards of “my” message, as best I could, into a humbly woven basket faintly resembling a conclusion. (Which is, of course, another way of saying that by then “the message” was a basket case, and maybe the Gringo preacher, too.) But it was clear to me by that point that ARNOLDO had been the real message. His incarnate communiqué was about faith and personal growth. It was a message to people who have had hard lives, people who feel they are of no value, people who expect to fail, people who have a hard time “looking up.” Yes, they have experienced amazing transformations as they have surrendered their lives to Jesus Christ. But a lifetime of marginalized existence leaves a lingering question in their hearts: “Can the Holy Spirit really lead and use me or anyone from Los Guido?” (“Can any good thing come out of Nazareth?” – John 1:46) It’s harder to break out of a slum mindset and a lifetime of “programming” than most people realize. Now, they’ll remember Arnoldo – who lives within walking distance of the church and whom they see every Sunday morning – long after they forget everything I tried to say today. And when they see him, some of them will think, “Maybe I can hear God and He can use me, too.”

Today was the first time I ever preached this particular message which the Lord assigned me. Maybe the Lord will ask me to use it again in the future. Or maybe I’ll write it up sometime as an article on FinestOfTheWheat.org. But, hey, you know what? I heard the voice of God “loud and clear” in His sermon this morning….

Next post: Kernels of Wheat – Powerful Poetry for August 2012