Why Romania? [Alternate Title: Mutiny on the Podcast] 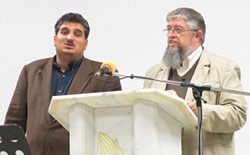 Lord willing, the second-story construction on the Coatepeque church (the one pastored by Fermin and Lilian Chávez) can commence in March 2014. 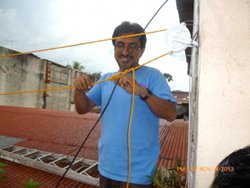 Jim Kerwin Responds to the Question “Why Romania?” 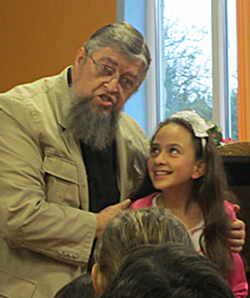 During a year's time (October 15, 2012 to October 15, 2013), Jim has spent over five weeks in Romania, trying to get a sense of what God is doing, and finding ways to serve the Church there.  During the interview he shares some thoughts and experiences:

You can view Jim's Romania 2013 Photo Album by clicking on the picture just above. And a short video clip from the outdoor funeral service he mentions can be viewed below.

Would You Please “Liken” Us?

When I was a young Christian, I remember a simple brother from South Carolina sharing from one of Jesus' parables which began, “The Kingdom of Heaven is likened unto…”  Then the brother proceeded to explain how happily we respond “if we're really likin' somethin'.” (Gotta love that Southern drawl!)  If you're on Facebook, we're hopin' that you're “likin' ” us enough to like the Finest of the Wheat Facebook page, to help us spread the word about these missions trips, the precious brothers and sisters we encounter, and our podcasts and publications.  Thanks, y'all!