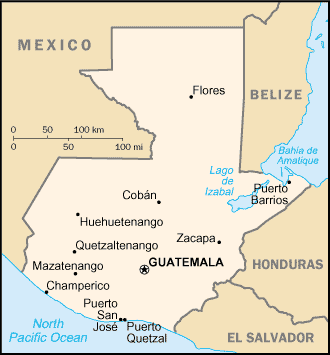 In the grandest sense, my upcoming Bible-teaching missions trip to Guatemala became “real” when the round-trip ticket was purchased a few weeks back. But today it became real in a more personal sense – at the end of a hypodermic needle!

“I’m allergic to hypodermic needles.” At least, that’s what I tell all medical personnel within proximity of any sharp, pointy, flesh-piercing objects, even if I’m not the patient being scrutinized and diagnosed. (No sense taking chances!) So little sympathy do these folks have that they either laugh or roll their eyes; but my condition never gets me any mercy. You would think in this age of protecting self-esteem that giving my cowardice a medical-sounding rationale would be a priority with these folks.

All my other immunizations were current, but not the one protecting me from typhoid fever; and since this was one of two last days before the trip that I could get the immunization, I plucked up my flagging courage and headed over to the Chesapeake Health Department this afternoon. Their cruel indifference to my allergic condition notwithstanding, they are a friendly, helpful, and efficient bunch. And they must see a LOT of people going out on missions trips, because once the nurse learned that I wasn’t going to Guatemala (and later, Costa Rica) for pleasure, she asked, “Business or missions?”

If anyone could make an “allergy sufferer” like me almost look forward to my fate, these are the folks who could do it. I was in and out of the clinic in less than 15 minutes, and the needle was in and out of my left arm in less time than it takes to type “in and out.” In fact, the ONLY pain involved today was the cost of shot itself – $79.84!